Apprehended Breaking and Entering Suspect gets to fuck the police 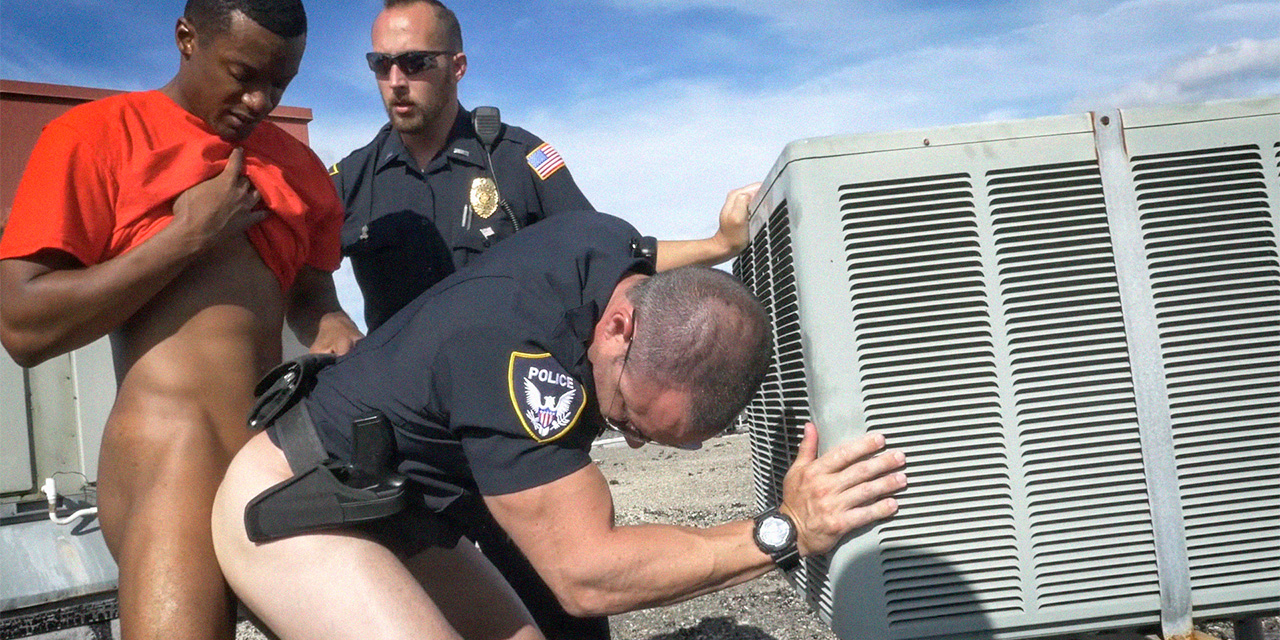 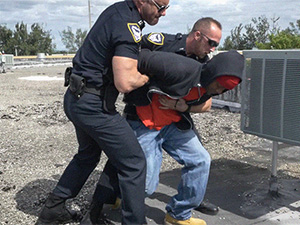 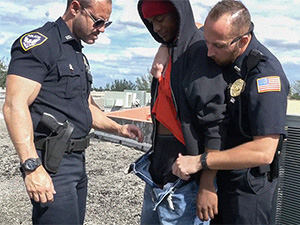 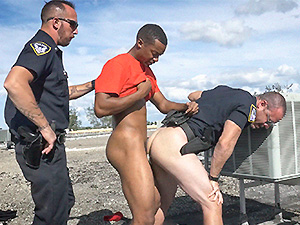 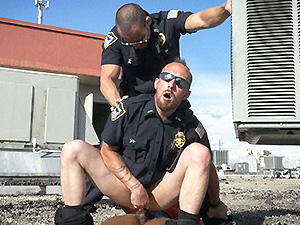 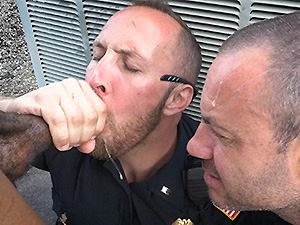 We got a call. A break in at the industrial office complex on Mainland and 3rd. We arrived on the scene and found that the front door was open, so we entered and began inspecting the scene. We found the suspect hiding behind some desks holding two computer screens. We told him to freeze but the suspect ran into a back room and out some hallways. We gave chase and the suspect led us to the roof of the complex. We knew we had him cornered, so we split up and began scanning the roof. We apprehended the suspect and made an arrest. After we subdued the suspect. We patted him down and we found out that he had a big black dick. We also noticed that he was wearing the wrong gang colors for his set. That's when we knew we hand him. We told him what would happen to him if he went to county with the wrong colors. He would be made a bitch. So we made a deal with him. Let us suck his dick and then ride his big black dick until me and my partner were satisfied. He was reluctant at first, but given the circumstances he agreed. Law and order was established when we look a load of his cum.

JOIN NOW FOR ONLY $1 << PREVIOUS PAGE